First Mining owns three projects on the Destor-Porcupine Fault located within the Abitibi Region of Québec, which is one of the world’s most prolific gold producing regions, having yielded almost 200 million ounces of gold. The three projects are:

On April 8, 2016, First Mining completed a business combination transaction with Clifton Star Resources Inc. to acquire the Duquesne Gold Project and an interest in the Duparquet Gold Project.

On February 8, 2022, First Mining increased its ownership in the Beattie claims to 25%.

On July 18, 2022, First Mining announced an acquisition to consolidate a 100% interest in the Duparquet Gold Project.

On September 15, 2022, First Mining closed the acquisition of the Duparquet Gold Project. 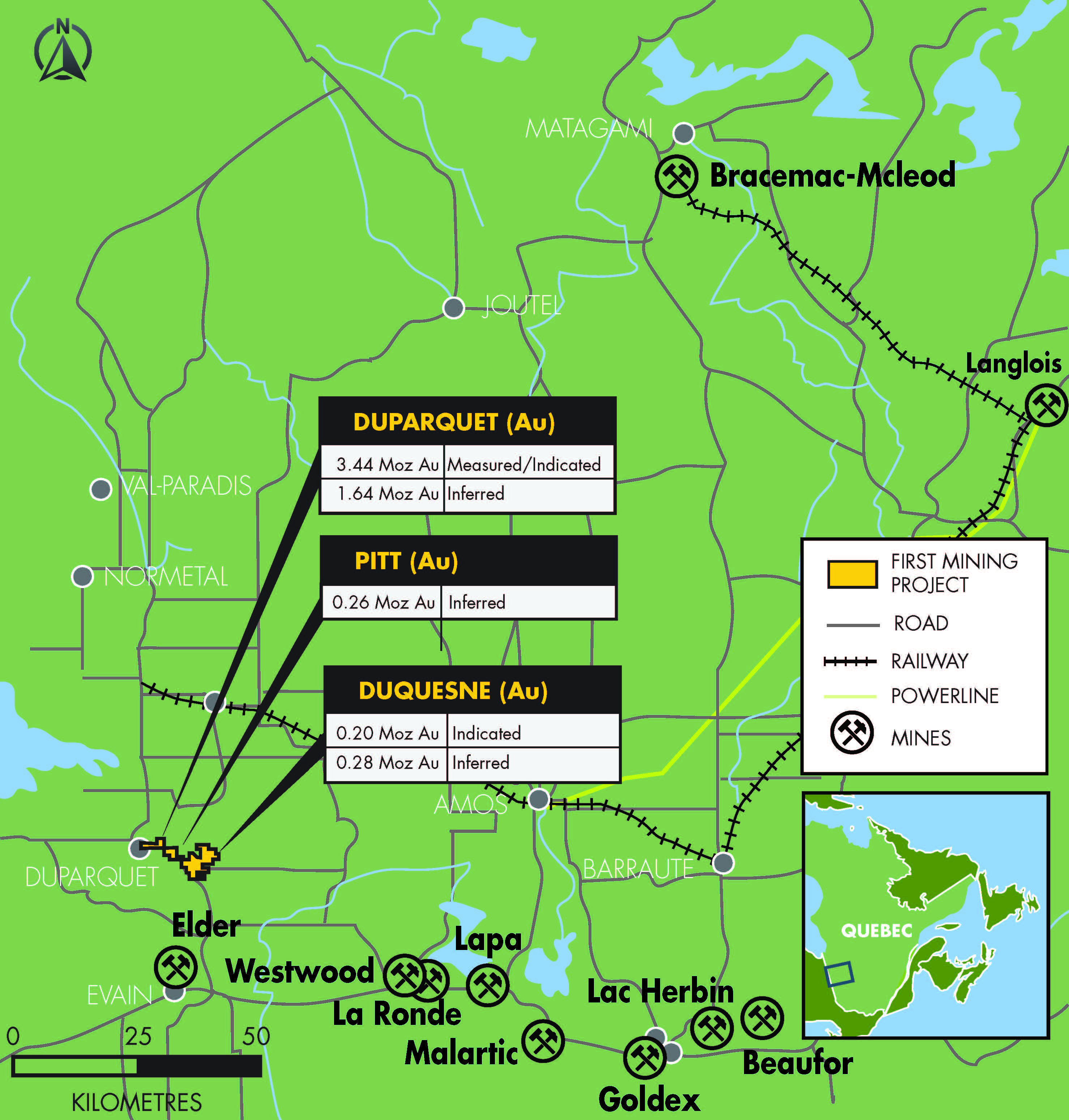 * General Notes for Above Resources:

a) The rounding of tonnes may result in apparent differences between tonnes, grade and contained ounces.

b) Mineral resources that are not mineral reserves do not have demonstrated economic viability. The estimate of mineral resources may be materially affected by environmental permitting, legal, title, taxation, sociopolitical, marketing or other relevant issues.